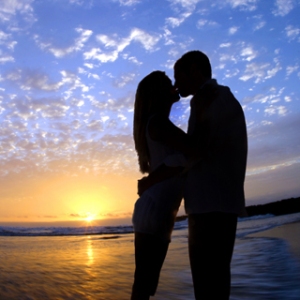 “Maybe I should book tickets for us both. I can go with you and meet them. How about that?” Alessandro propositioned while sitting her down again, and sitting next to her. His touch spread madness in her, but his words rapidly doused the fire of want in her.

Iris’s quick reply took him aback. His eyebrows rose at her emphatic “NO!” Iris back peddled a bit, continuing “I mean- I’d rather go there alone and break it to them gently. I am not sure of their response either. Plus, it might be better if one of us is with children. They seem to be a little anxious at this time.”

With a mind that could hold a horde of financial information from various stock markets at the same time, Alessandro didn’t miss the quick rejection of his idea. He let it go, realising he shouldn’t be pressing her at this time. He could see desperation and hurt of some sort in her eyes. It kicked him in the guts to see her in that mood and made him angry, without realising that it was not her family for once that was the cause of sadness, but he. He felt hopeless at not being able to help soothe her nerves. He would have liked to take her in his arms and comfort her, but he was well aware that at the time, it wouldn’t be welcome- he wouldn’t be welcome. For some reason, this realisation made his chest ache.

He nodded distantly and said, “If that is what you wish Iris. Or if you want to think about it, we can talk later this evening.”

Iris wanted to talk to him this instant; her heart wanted to scream out to him that she wasn’t going to marry him and that she will not come back unless he declares his undying love for her, unless his love conquers her. But that, she knew would never happen. What other choice did she have then?

She cleared her throat, moving away from his presence by getting up and walking towards the window overlooking the garden. “Well, the thing is- I think I need time to decide when to go. The license takes time, does it not? The entire procedure will take some time at least? ”

Alessandro turned in his seat to look at her and to inform her of the happenings. She looked strangely distant even though she was so close. He wondered if some inner part of his being was connected to her more than physically. He could feel her distance; this weird indifference in her this morning.

” The entire process will take about 2 months, tesoro. There is the Nulla Osta to be made, the declaration that you will need to sign and provide documents as a British citizen. ”

Silently thanking the stars for such providence, Iris said softly, ” That is perfect then. By the time all is done, things will have worked themselves out. ”

“What do you mean by that?” Alessandro’s sharp ears picked up her words and he went on an instant alert.

Startled from her thoughts by his question, Iris was stuttered into saying, ” I-I mean, it gives me enough time to think about when to go to my parents and work my notice out too. At the same time, I can spend time on finishing the project and sending the final reports to Felipe.”

At her words, he calmed down a little though not completely. This, Alessandro could understand. He decided to give the matter a rest. Maybe he was thinking too much, seeing too much in matters that were insignificant. The important deal was that they would be married and his children would have the mother they want, and he would have the woman he desired.

The phone vibrated in his pocket and he cursed softly when he checked it. He was running late for a meeting. He stood up and started walking towards the door. Turning back right before the exit, he said, “Alright, if that makes you more comfortable. Antonio and Ernesto will be well pleased with this too. We will talk more about it this evening. I will book a table at Guiseppe’s for seven. Be ready to be picked up at six.” Before Iris could voice her thoughts against it, he was out of the door.

Iris turned away and faced the window again, watching him leave the premises, tears in her eyes held back for the day when she would be bereft of his shadow altogether. Life had to go on even for the broken hearted ones.

And so the day went on, with Iris spending time with the boys and when they were taken away by Mrs Whittaker for their afternoon nap, she indulged in a long lunch with Signora Bertoni. At the table, she debated whether she should inform Clara Bertoni of her intentions, but then decided against it. Why should she burden the poor woman with her woes. Lunch done, she excused herself to go to the other house on pretext of wanting to fetch a particular dress for her dinner date that evening.

Once there, she sat down and wondered at her life. Where would life take her from here? Those who spoke about the wisdom of loving and losing had no idea what they were talking about! She had loved and lost- lost to the cynicism of the world and to Alessandro’s past prejudices. But she couldn’t be sorry for his past either, could she? It was his past that had brought two adorable children into this world. The man she had fallen in love with was such a man because of his past.  What did that make her, she wondered.

After a bit of mooning around, she realised it was time to go back. As she opened her wardrobe to pick up some more casual dresses, her eyes fell on the dress she had bought some time back, but had had no opportunity of wearing it. It was blue coloured floor length formal evening dress made of chiffon with a beaded bodice. The V of the neck was a little lower than she normally liked, but it was a dress to inspire confidence. And confidence was what she needed desperately today, when talking to Alessandro.  Picking up the dress, she made her way back to Bertoni villa.

It had started to rain by the time she reached back to the boys.  Antonio insisted he wanted to go out for a walk, despite the rain. When Iris declined his idea, he stamped his foot and started with a tantrum. Gently amused by his attitude, Iris picked him up from the floor and gave him a tight hug and a kiss.

He looked at her and unexpectedly broke into a grin. Iris laughed, “My handsome little prince. You throw a fine tantrum and look very much like your father when you do it too! But it is not going to cut with me.” Looking at the oncoming tantrum she quickly put forward her solution, “Okay here is a solution. How about we play your favourite snakes and ladders before dinner?”

Not the son of a hasty decision maker, Antonio put his finger on his chin and thought for a minute. Then consented to agree to Iris’s suggestion by saying, “Okay Mamma. I do this for you today. But tomorrow, we will go for a walk.”

They played snakes and ladders until it was time for their dinner. When Antonio won, his glorious smile lit inexplicable warmth in her heart. He demanded to be picked up, and she did so. In the next second, Ernesto tugged on her skirt too, demanding to be picked up, hugged and kissed with the same arrogance that his father portrayed at all times.

Blushing at the thought, but laughing softly, Iris said, “Poppet, I can’t pick up both of you at the same time. But give me a second. She held Ernesto’s hand and led them to her bedroom. Sitting down by the bed, she picked up both the boys and sat them both down beside her. Not content, they both snuggled their way up into her lap. Two pairs of grey green eyes grinned mischievously at her with two identical grins. Iris couldn’t help but grin back and hug them both. Ernesto gave a neck spraining hug to her softly saying, “My Mamma now.”

A pain started deep in her chest at his words. Iris ignored the pain. There would be time enough in life to acknowledge the pain and emptiness of a future without Ernesto and Antonio, but not today. Today was all about being their mother in the true sense of the word. She kissed them both and said softly, “Yes.”

Mrs Whittaker came in at that moment to take the children away for dinner and their bath, smiling broadly. She had heard their conversation. Now she quietly offered her greetings and observed that it was exactly what the children had wished for. Iris smiled at her and accepted her wishes gracefully, in her heart dying a little for the lie that it was.

And so it was, that Alessandro came back and found both his children asleep, with a smile on their faces. They looked radiantly happy. Mrs Whittaker came quietly into the room while he was in it and whispered softly, “They look so happy Sir. It is because of Ms Florence. She is their mother in every way and loves them so. ” She told him all about the evening’s incident and added, ” Congratulations Sir.”

“Thank you Mrs Whittaker. ” Alessandro said softly and then asked, “Would you be so kind as to ask Ms Florence to join me in the drawing room for an aperitif before we leave?”

Mrs Whittaker nodded and went away to inform Iris of Alessandro’s request.

All Rights Reserved. Unauthorized use and/or duplication of this material without express and written permission from this blog’s author and/or owner is strictly prohibited.

For the Foodie in all of us

Welcome to your new home on WordPress.com

A River Runs Through It

journey to the sea

Captivating romance and breathtaking thrillers featuring famous (or infamous!) feisty heroes and extraordinary villains brought to you by Nicky Wells.

Book Reviewer, Avid Reader and Bookworm. Campaigning to link more readers to writers. People do not forget books that touch them or excite them—they recommend them.

My journey through the happy and quaint land of Bhutan

The simple pretexts of my happiness

The eyes only see what the mind knows!

Talking In The Barn